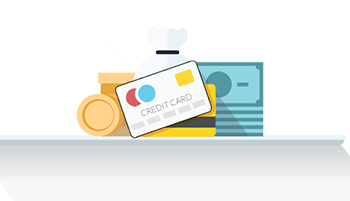 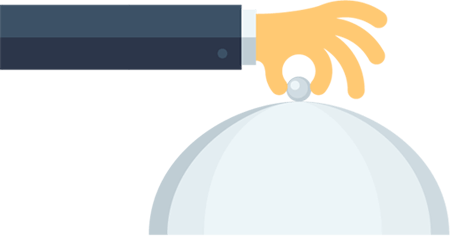 It wouldn’t be too much of a stretch to say that most farmers would not benefit from credit cards provided by most banks. In order to deal with this issue, the Government launched Kisan Credit Cards or KCCs.

The Kisan Credit Card (KCC) scheme was launched in 1998 with the aim of providing short-term formal credit to farmers. Owner cultivators as well as tenant farmers can avail loans to meet their agricultural needs under this scheme at attractive rates of interest. The government has also simplified the application process to increase interest among farmers. Repayment is also simplified and dependent on the harvesting season, reducing the farmers’ debt burden.

Know All About Kisan Credit Card

Most of the banks in India which offer the Kisan Credit Card (KCC) loans are looking for a longer loan repayment tenure for the loans. This has been suggested as the agriculture sector is under significant pressure. The cycle of the loans provided under the Kisan Credit Card scheme has been proposed to be increased to 36 or 48 months from the 12 months. This was proposed at the state level bankers’ consultancy meet in West Bengal.

In addition to the enhancement of the loan repayment tenure, the banks have also proposed that the farmers should be allowed to avail extra loans even after failing to repay the previous loan. However, in order to do that, they should service the interest. Public sector banks have started a 3-stage consultation process recently on the basis of the directions passed by the Department of Finacial Services.

The main focus of the consultation process would be to discuss 9 important issues. These include credit offered to MSMEs and agriculture sectors, digital banking, direct transfer of benefits, and education loans. The previous meeting was an intra-bank meet. However, this time the meeting will be an inter-bank meet at a state level.

Regional Rural Banks, Cooperative Banks and Public Sector Commercial Banks have implemented the Kisan Credit Card scheme in India. Its primary objective is to provide easily attainable short term loans to farmers. The scope of this unique facility also includes term loans for agriculture and other allied activities and is a determining factor for consumption loan.

The basic features associated with the card are mentioned below:

Given below are some of the ancillary features available under the Kisan Credit Card Scheme as mandated by the RBI:

Interest and Other Charges on Kisan Credit Cards

According to the RBI, the fixing of Kisan Credit Card interest rates as well as credit limits can be set by the respective issuing bank. The average interest rate applicable ranges from 9-14% p.a.

In addition, there are certain subsidies and schemes that the government offers farmers with regard to the interest rate. These would depend on the repayment history and general credit history of the cardholder.

Other fees and charges such as processing fees, insurance premium (if applicable), land mortgage deed charges etc. would be set at the discretion of the issuing bank.

Who is eligible for a Kisan Credit Card Loan Scheme?

You are eligible for a Kisan Credit Card if you:

Eligible beneficiaries under this scheme under fisheries and animal husbandry are:

As per the Reserve Bank of India (RBI) guidelines, documents required to process a Kisan Credit Card application should be as per the issuing bank’s internal guidelines. Hence, each bank has a different set of required documents.

Listed below are the basic documents required when applying for the Kisan Credit Card:

How To Apply For Kisan Credit Card Online?

The Kisan Credit Card provides for personal accident insurance which farmers can opt for. Farmers will receive coverage of up to Rs.50,000 in the event of death and Rs.25,000 in the event of an accident resulting in disability. The premiums payable would be decided by the bank in conjunction with the insurance provider.

This coverage is optional and farmers who choose to opt for it should meet the eligibility criteria as ascertained by the bank and insurance provider.

The Kisan Credit Card scheme is a Government of India scheme which provides farmers with timely access to credit. As such, the scheme is offered by all public sector banks.

These are just a few banks which offer Kisan Credit Cards. You can apply for one at any public sector bank.