H1-B Visa is a nonimmigrant Visa which is designed to allow U.S. employers to employ foreign nationals in specialty occupations in the United States of America for a specified period. People from outside U.S. who are looking for employment need to have a H1-B Visa under the Immigration and Nationality Act.

To obtain the H1-B Visa, you must: 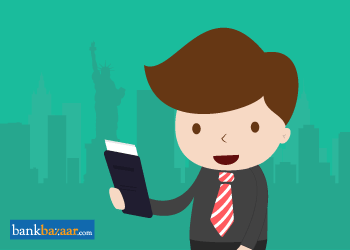 The individual is not allowed to apply for the H1-B visa, it requires sponsoring from U.S. employer. The H1-B filing period starts from 1st April and the filling period will continue till the quota is met. The H1-B sponsors and employers change every year. H1-B visas are dual intent visas as you can get permanent residency as well.

H1-B visas can be filled and approved in 15 days using the premium processing but an extra fee of $1,225 is to be paid. The H1B visa can also be transferred to the new H1-B sponsor company at any time.

Employer petitions for the H1B visa in the following ways:

Labor Condition Attestation through the ICERT website. The employer assures the DOL that they will provide the employee with fair salary and equal benefits similar to that which is being provided to the U.S. citizen.

The petition for Nonimmigrant Worker is filed with H Supplement and submitted with supporting documents that include proved LCA and is to be filed with USCIS Regional Service Centre that has jurisdiction over the city of planned employment. When approved, the employer gets notice or approval Form I-797 and a copy is forwarded to the American Consulate.

Documents required for h1b visa who are outside the U.S. are as follows:

If you are applying for a H1-B status when you are already in the U.S., the following documents are to be submitted:

If you wish to apply for the H1B Visa then you need to provide a digital photo. Certain criteria must be met by your photographs. If you get the photo clicked at a studio, then mention that you need it for the US visas.

How to Book an Appointment for H1B Visa

The H1B nonimmigrant is permitted to stay in the U.S. for a period of 3 years and the period can be extended but it cannot go beyond 6 years. The period of stay can be extended under the American Competitiveness in the Twenty-First Century Act. There is also a limited extension for those who have permanent residence applications pending. But, if your H1-B visa is not extended before the end of the 6th year, you are required to remain outside the country for 1 year.

Foreign nationals working in the Defense Department projects can remain in the H1- B status for 10 years.

With the H1B visa, you can bring your dependents. Your wife and unmarried children below the ages of 21 are entitled to the H4 visa and can stay as long as your H1-B visa is valid. They cannot accept employment but are allowed to attend school in the U.S. Servants are also allowed under the B1 visa.

The benefits of the H1-B Visa are as follows:

The limitations of the H1-B Visa are as follows:

How to Transfer H1b Visa to another Employer?

You can apply for transfer of H1-B to another company. But you will need valid employment in the U.S. You must also have recent pay stubs and last 2 year’s W2 forms.

If you do not have recent pay slips, then the reason for not having the pay slips will have to be explained to USCIS. It could be due to unpaid vacation long sick leave. The approval letter for the same must be provided. If you lose the job, you lose the status of H1-B even if you have a valid H1-B Visa or a valid I-94 card.

How to Check H1B Visa Status without Receipt Number?

You must get paid from the company from the day one of your employment in U.S. as per the law. You will not be allowed to live in the country without salary unless you have taken an unpaid leave or sick leave. Your status will remain valid and legal but you will have to find another employment at the earliest. If you are not getting a job, then it is advisable for you to leave the country.

In the event the employer is refusing to pay your salary, you can place a complaint with the nearest USCIS office or with the Department of Labor.

Your company has to file a H1B Visa petition for you with the US Department of Homeland Security. Once the petition is approved, you can apply for the required Visa at the US Consulate or Embassy located in India.

Mentioned below is a breakdown of the fee that has to be paid for H1B visa: