What are the Traffic Signs and Rules in India?

There are numerous traffic signs and each has its own purpose. The various traffic safety signs have been divided into three categories. They are: 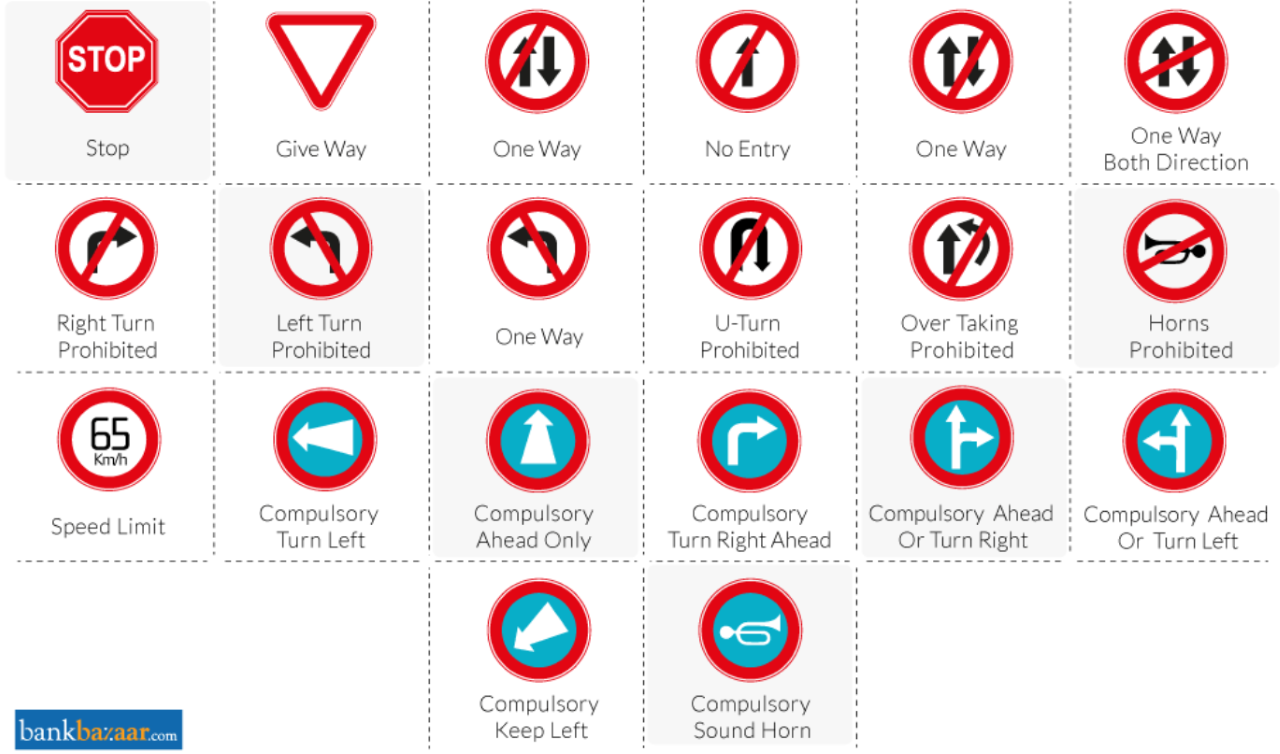 Knowledge of traffic signs for any driver is necessary as they perform certain functions which are essential for road safety. The functions performed by traffic signs are:

Traffic rules ensure safety on the roads and prevent accidents from occurring. The government has levied various fines on violation of traffic rules, but with more and more number of vehicles operating on Indian roads every day, there is a need for the traffic rules to be updated continuously. The government has a unique research and development department for this purpose. The objective of such a department is to ensure that there is traffic discipline on the road and it can operate smoothly.

The newly updated traffic rules will not only ensure the smooth operation of traffic on the roads will also reduce the possibility of any accidents occurring on the road.

News About The Traffic signs and Rules in India?