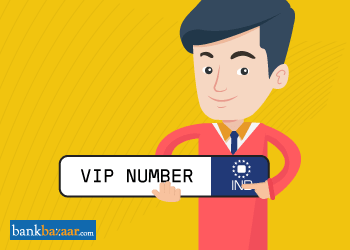 In order to get a fancy number for a two-wheeler in India, the applicant should comply with the formal process. This varies between states in the country.

Being the owner of a two-wheeler can mean a lot of things to a person. For many, a two-wheeler is just a mode to commute, for many others, it is more than a commuting machine. There are people who do not mind spending that extra amount of money to make their vehicle even more special by purchasing a bike number that conveys a certain message about who they are and how they want the world to look at them. However, the biggest challenge is to be able to get the number you really crave for. A lot of people may have their eyes on the same number that you desperately seek to enhance the value of your vehicle. This is why it is important to know the right process to apply for a VIP number in India.

A few years ago when someone purchased a vehicle, they were given several available vehicle registration numbers to choose from. The same is not the case today. If you wish to get a particular two wheeler registration number, there is a specific process to apply for the same depending on the state in India where you wish to register your vehicle. The process is not uniform all across India. Many states in the country conduct e-auctions to sell special bike numbers while in other states, the auctions takes place at the RTOs.

Elements of A Vehicle Registration Number

The state transport authorities usually keep certain numbers from the range of 0001 to 9999 as reserved numbers which cannot be availed through the usual vehicle registration process. In the regular two-wheeler registration process, a number is generated through a computerised system and the vehicle owner does not have a say in it. All VIP registration numbers are blocked in the system and the applicant must apply for a special number through a specific process as applicable in the respective state. The transport authority usually releases the list of available numbers online or you may check for the availability of your desired number on the state road transport website by entering your vehicle and location details.

In most cases, the applicant of a special two-wheeler number has to pay a certain registration fee and deposit the base price for the desired number as caution money. Once the number is assigned to a person, they must pay the remaining amount at the RTO within a specific frame of time. Failing to do the same will result in cancellation of the application. While the caution money is refundable, the registration charges are not refundable.

Based on the respective number allotment process in a particular state, a two-wheeler number will be assigned to the applicant. The applicant will be intimated by the RTO to pay the remaining sum and claim their number. If the applicant fails to pay the amount in a specific time-frame, their application will be cancelled and the number will be put back in the series of available fancy numbers.