Owning a two-wheeler can mean different things to different people. For some, it is just a mode of transport, for others, it’s their pride. While many people may own the same vehicle model as you do, there are few people who do not mind spending more to make their vehicles stand out from the crowd. A number plate of the vehicle can be one such thing that can give bike owners the pride and status quotient they crave for.

Your vehicle’s number plate may speak a lot about who you are and how you want the world to look at you. If you too are in search for a special number for your two-wheeler, there are certain things you should know about. It’s not necessary that you are the only one looking for a particular number. There could be numerous people who might have their eyes on the same number that you are interested in. If you are looking for a special two-wheeler number in Bangalore, here is the step-by-step procedure to do the same. 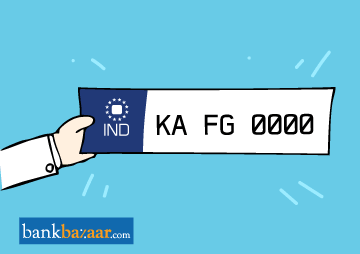 How to Get Fancy Two Wheeler Number In Bangalore?

Step1: In order to check the available two-wheeler VIP numbers in Bangalore, logon to the Bangalore RTO website and check the list of numbers available for sale.

Step2: Select the RTO as Bangalore or any other city in Karnataka that you might be interested in. Enter the type of vehicle as LMV-Non Transport and click submit.

Step4: Submit the form along with the DD at the RTO and be available when the draw happens. In an instance when you are the only one to request a specific number, the RTO will give you the receipt or they will return the DD.

Step5: If the number requested by you has been requested by other people too, you will be invited to the RTO for bidding.

Vehicle Numbers That Go For High Bidding In Bangalore