How To Get A Fancy Two Wheeler Number In Tamilnadu 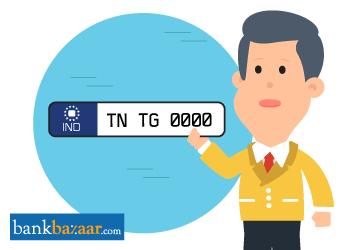 How to Get Fancy Two Wheeler Number In Tamil Nadu?

The state government of Tamil Nadu reserves 100 numbers as fancy numbers. Vehicle owners cannot be allotted these numbers through the regular motor vehicle registration process. A special fee has to be paid to get a fancy registration number allotted to your vehicle.

Owning a dream bike can emote several emotions that are hard to explain. While it is just a machine, it becomes your best travel companion and take you to places that you always crave to embrace. Owning a motorcycle for many brings a sense of pride and thus they do not mind shedding some extra cash in making them stand out in the crowd. One such thing which can say a lot of things about you and the mean machine you own is your two wheeler number plate.

Your two-wheeler number says who you are and how you want everybody else to perceive you. But remember, it’s not easy to get your favourite number as many other people may have their eyes on the same number just like you. This is why it is pertinent to know the correct procedure to apply for a VIP/fancy number for your two-wheeler. If you are wondering how to get a fancy bike number in Tamilnadu, here is the step-by-step process to apply for a VIP two-wheeler number.

The first two letters of a two-wheeler registration number represent the state in which the vehicle has been registered. For instance, TN for Tamil Nadu, KA for Karnataka, AP for Andhra Pradesh and so on. The next two numbers in the registration number is the code allotted to the Regional Transport Office (RTO) functioning under the state government. For example; Madurai - 58, Nagercoil - 74, Krishnagiri - 24, and so on. The next four digits is the registration number given to a particular two-wheeler by the respective RTO. This could begin from 0001 to 9999. Once all these numbers in the range are allotted, an alphabet is added to the number to use the same range of numbers again, and this continues.

How To Get A Fancy Number In Tamilnadu

There are about 100 vehicle numbers from the range of 0001 to 9999 that are reserved as special vehicle registration numbers by the state government. These numbers cannot be obtained by regular motor vehicle registration as they can be accessed only with the payment of special fee to the Government Home Department – Transport Section.

How To Apply For A Fancy Two Wheeler Number

Check the last registered number on the given day and select any number from the next 1000 numbers in the order. The number must be booked before the number comes in effect. When the number preceding to your chosen number is registered, the RTO will intimate the applicant to visit the RTO within 30 days to claim by submitting the documents and showing the vehicle. Failing to so will lead to cancellation of your application.

Fees And Charges For Fancy Numbers Allotment By The Government

Charges for allotment of advance registration numbers by the RTO