Every year, 19th of November is observed as International Men’s Day (IMD). However, it is not quite as popular as International Women’s Day that is celebrated every year on the 8th of March.

Why is International Men's Day Celebrated in 2021 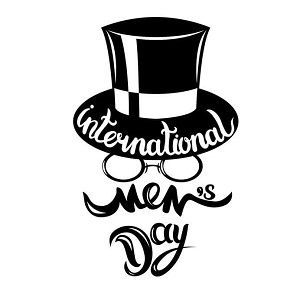 International Men’s Day primarily celebrates the positive value that men bring to their communities, their families, and the world. Being in November brings special significance because it is also the month of “Movember”, an annual event where men grow their moustaches during the entire month to raise awareness of health issues concerning men such as testicular cancer, prostate cancer, etc. It is also the month which celebrates Children’s Day.

Why is there an International Men's Day Important?

There are several important topics that are discussed on International Men’s Day which is celebrated in over 80 countries across the world. Here are some topics:

How Did it Start?

IMD was founded in Trinidad and Tobago at the University of the West Indies by history lecturer Dr Jerome Teelucksingh in 1999. He promoted this day to reflect on issues that were affecting boys and men. It received immense support in the Caribbean region and later spread to many countries including Singapore, India, Australia, the UK, USA, and more.

This day is not about competing with International Women’s Day, but a way for men to encourage boys to live a life of values, character, and responsibilities.

How is it Celebrated in Different Countries?

Different countries celebrate IMD in different ways by mainly discussing issues that concern the community the most. For example, in the UK, male suicide is an important topic of discussion on International Men’s Day because men are 3 times more likely to commit suicide than women in the country (as reported by Samaritans, an emotional support charity).

In India, the celebrations were started in 2007 by Indian Men’s Advocate Uma Chulla. The motto behind this was to expose the shocking abuse that men face in the anti-male legal system of the country. Other topics that are discussed include fatty changes in liver, and belly fat, which are rising concerns for Indian men.

Many celebrate this day by making donations to causes pertaining men’s health, making and sharing posters about men’s mental health, and so on.

Although International Men’s Day was founded after International Women’s Day which was conceived in 1910, it is a great way to help end gender stereotyping and discrimination based on gender. This can help create a safer and better world that allows all people to grow to their best potential and make positive contributions to the society.