There are two ways through which you can link PAN and Aadhaar. These are:

Deadline for linking PAN Card with Aadhar is 30 June 2020

The government on Tuesday extended the deadline to link Aadhaar with PAN. The new deadline is 30 June 2020. The decision to extend the deadline was taken due to the coronavirus pandemic. The previous deadline for Aadhaar-PAN linking was 31 March 2020. 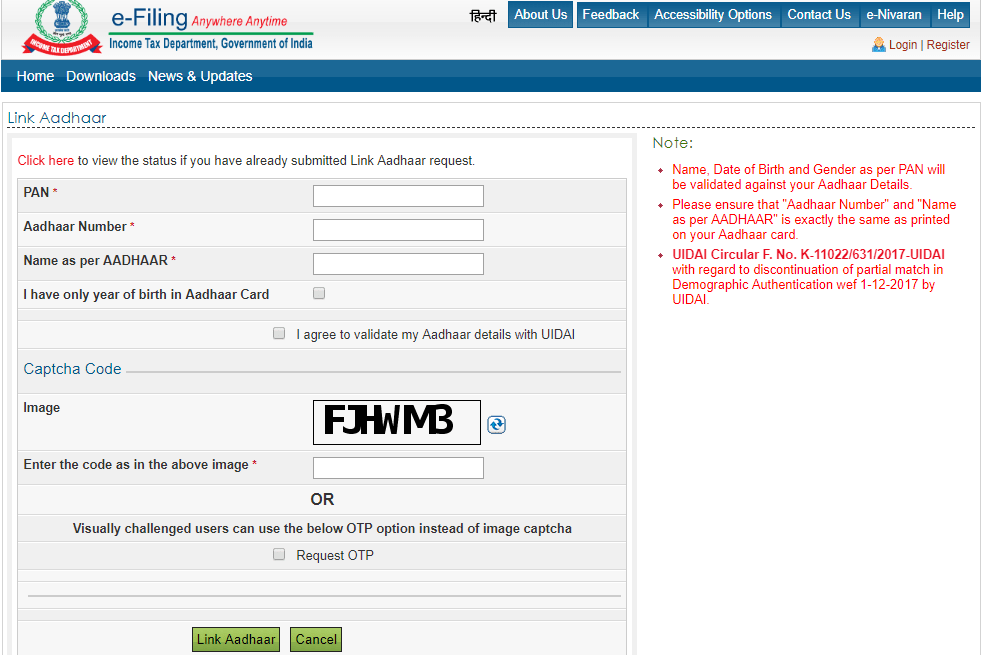 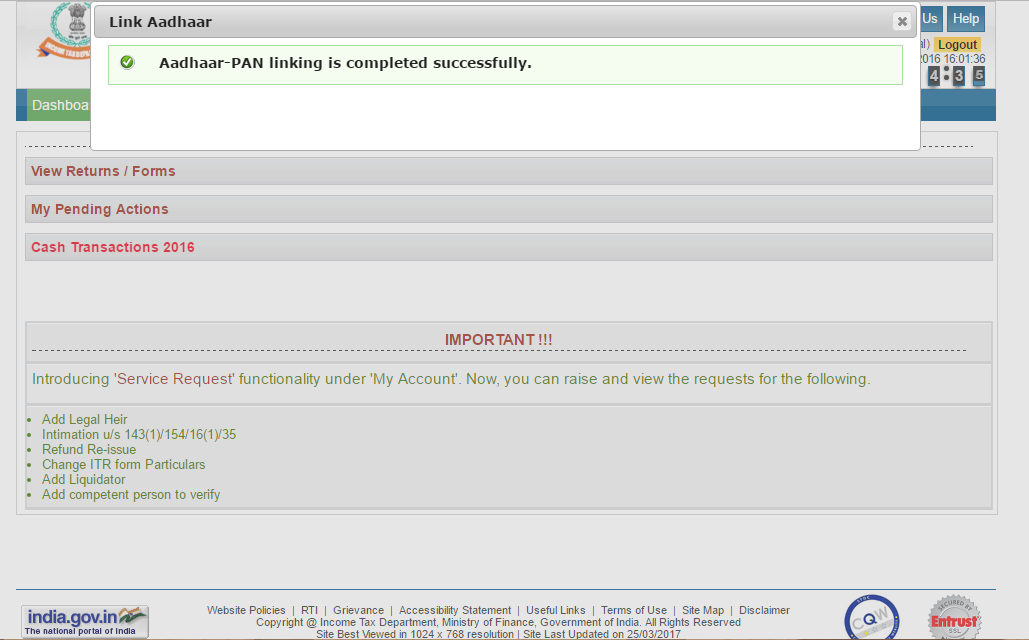 Linking PAN with Aadhaar by sending an SMS

The PAN can be linked with the Aadhaar number by sending an SMS to 567678 or 56161 from the registered mobile number. In order to do so, you need to type UIDPAN<12-digit Aadhaar><10-digit PAN> and send it.

During the Union Budget 2019, Finance Minister Nirmala Sitharaman has made a proposal to allow the acceptance of Aadhaar card to file taxes for the tax payers in the India.

Previously, only the PAN card issued by the Income Tax Department was accepted to pay taxes. However, the minister pointed out that more than 120 crore Indians have Aadhaar card.

With this, she has proposed that Aadhaar card and PAN card be interchangeable to file for taxes for the citizens who do not have a PAN card.

The process for filing tax returns is said to be the same with the only change of adding the Aadhaar number instead of the PAN whenever required.

PAN and Aadhaar New Rules That You Need to Know

The 2019 Union Budget has brought about a lot of changes with respect to PAN and Aadhaar usage. Here are some of the new rules proposed by Finance Minister, Smt Nirmala Sitharaman:

There are a few cases where these details cannot be interchangeable used though. This includes cash transactions made at hotels or for foreign travel bills (transactions need to be over Rs.50,000). Moreover, you will require PAN card details if you wish to purchase immovable property whose worth is greater than Rs.10 lakh.

Both the PAN card as well as the Aadhaar card are unique identification cards that serve as proof of identity that are necessary for registration and verification purposes.

The government has urged all entities to link their PAN cards with their Aadhaar cards. This is being done for the following purposes:

As a result, the government will already have a detailed record of all the financial transactions that would attract tax for each entity, making tax evasion a thing of the past.

Another reason for linking PAN with Aadhaar is to reduce the occurrence of individuals or entities applying for multiple PAN cards in an effort to defraud the government and avoid paying taxes.

By applying for more than one PAN card, an entity can use one of the cards for a certain set of financial transactions and pay taxes applicable for those. Meanwhile, the other PAN card can be used for accounts or transactions that the entity wishes to conceal from the Income Tax department, thereby avoiding paying tax on them.

By linking the PAN and Aadhaar card, the government will be able to link the identity of an entity through his/her Aadhaar card, and subsequently have details of all financial transactions made through the linked PAN card. If there are multiple PAN cards registered under the same name, the government will be able to identify the same and take corrective action.

The IT department has started the online facility for correction of errors in names and other information present on the Aadhaar document and Permanent Account Number (PAN) card. The Income Tax department already launched the facility to link the PAN Card with Aadhaar. Now it has also added two hyperlinks on the official website for e-filing of tax. One link takes to the application page for Permanent Account number by an Indian national or a foreigner and the other link takes you to the page where you can update all the necessary changes. In order to update all the Aadhaar details, an individual can easily log on to the Aadhaar SSUP (Self Service Update Portal). He/she can also upload all the scanned documents that are needed as data update request proof.

FAQs for Linking Aadhaar with PAN