India is among the few nations on the planet where every second person has a two wheeler. The two wheeler industry grew by almost 13%, and that figure is on the rise ever since. Bike owners have also understood the importance of purchasing a suitable two wheeler insurance policy for their vehicles. Following is a list of the best performing two wheeler companies in the country: 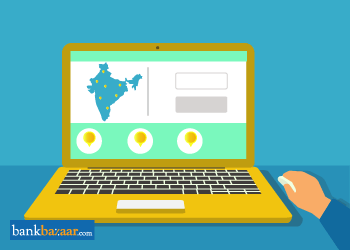 Hero MotoCorp is the biggest manufacturer of two wheelers in the world given the number of units made per year. The company is also known for its innovative methods, especially after it made the headlines by manufacturing the planet’s most fuel efficient two wheeler – Splendor iSmart, which offers a mileage of about 102 kilometres per litre. The company commenced operations in 1984 as Hero Honda, but soon a merger between Hero Cycles of India and Honda Motors of Japan ensued, and following the split between both companies in 2010, Hero Cycles and Honda Motors turned into competitors. Some of the popular two wheelers manufactured by Hero MotoCorp include Splendor, Glamour, CBZ, Achiever, Karizma, Hunk, Passion and CB series two wheelers. The company is also famous for designing the Pleasure and Maestro scooters.

The first name that pops into every individual’s mind when considering the purchase of a two wheeler is Activa. Honda Motorcycle and Scooter India (HMSI) is India’s second biggest two wheeler manufacturer as it sells in excess of two lac units of the Activa alone every month. During the 1980s, Honda dominated the Indian two wheeler industry along with Kinetic Engineering Limited. Both companies partnered between 1984 and 1998 before Mahindra Motors’ acquisition of Kinetic. The Honda Active, which has been in production since 2000 in India, is the country’s best selling two wheeler. HMSI also partnered with Honda MotoCorp until 2010 after which it started to sell its own motorcycles such as Shine, Unicorn, CBR 150R and 250R, Dream Yuga, CB Trigger, etc. The Shine and Unicorn brands of the company are currently among the best-selling bikes in the country. Although the growth of the company’s sales is relatively slow, the company seems to be making healthy progress with each passing year.

Bajaj is one of the few successful automobile companies in India that sells not only two wheelers, but also three and four wheelers. The company was established during the 1930s in Rajasthan, and has since grown into one of the biggest two wheeler manufacturers in India. Bajaj had a fairly successful stint between the 1960s and 1990s when majority of vehicles that rules the streets of India were manufactured by the company. Scooters such as Vespa 150, Priya and Bajaj Chetak were among the company’s best-selling products. It was only in the 1990s that Bajaj conceded its place as the market leader following the widespread manufacture of motorcycles.

Despite people preferring motorcycles over scooters, Bajaj stayed in the market by manufacturing its own set of bikes. At the moment, the company’s portfolio includes some of India’s most popular and best-selling two wheelers, including Avenger, Pulsar, Platina and Discover. The company is now preparing to release variants of the Platina and CT100 to improve its market share in the 100cc segment. The company also manufactures other popular bikes such as Kawasaki Ninja and KTM Duke.

A segment of Yamaha Motor Company of Japan, India Yamaha Motor holds 4% of country’s motorcycle market, and about 7.5% of the nation’s scooter market. Around 15,000 scooters are sold every month by India Yamaha Motor. A few of the popular two wheelers manufactured by the company include the R15, SZ-X, FZ16, Fazer, SS 125, Crux, YBR 110 and YBR 125. India Yamaha Motor is also renowned for selling racing super bikes such as R1 and YZF R1M. While the R1 costs around Rs.22 lacs, the YZF-R1M is priced at around Rs.29 lacs.

Having commenced operations in 1877, TVS Motor Company initially plied its trade in sectors such as automobile, finance and insurance. Since 1955, however, TVS began shifting its focus on automobile alone. The company gained worldwide recognition during the 1980s when it collaborated with Suzuki Motors to release two wheelers such as Suzuki Samurai, Suzuki Shogun and Suzuki Fiero. So far as the scooter market is concerned, TVS’s Scooty brand is among the best performers over the past two decades. Scooty, as a brand, remains the most preferred scooter among working women and college girls. Jupiter and Wego are two of the other scooters manufactured by the company, and they are both doing substantially well in the Indian market.

Apart from the aforementioned two wheeler manufacturers in the country, the other brands that seem to be catching up include Mahindra, Harley Davidson, Suzuki, Triumph Motorcycles, Piaggio and Royal Enfield.