Documents Required To Drive A Two Wheeler In India 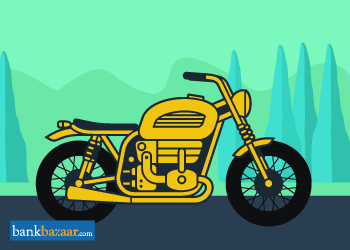 Documents Required To Drive a Two Wheeler In India

Driving condition on the roads of India have become worse than ever before. Traffic in cities has reached astronomical levels of congestion. Driving to anywhere has become stressful and annoyingly time-consuming with traffic moving at snail’s pace at almost every hour of the day. Considering such driving woes, a two-wheeler is nothing short of a blessing. Two-wheelers such as are the easiest to maneuver through traffic and are also easier to park, requiring far lesser space as compared to a car. Both these factors combined make two wheelers the ideal form of commuting within the city. Be it for popping over to the store for groceries, going to work, to pick up kids from the school, visiting a friend within the city, a two wheeler can help save a lot of time.

Purchasing a two-wheeler is far easier a process now-a-days than it was some years ago. Earlier, people had to produce a variety of documents, to purchase a two-wheeler either via cash or even on a loan. However, with time, the process has been simplified a great deal to facilitate quick possession of the vehicle by the owner.

Before starting off your bike in the morning, follow the standard protocols of safety like wearing a headgear, checking fuel level, brakes, headlights, oil level, etc. Always kick start your bike in the morning rather than self-start, this helps in longer run of the performance of the engine. Always follow traffic rules and pay attention to sign boards, and do not forget to carry any of the bike documents at any time it is mandatory under the law and safe to have all documents handy.

?It is mandatory under the law to carry all the documents of purchase and registration of the vehicle at all time, driving without one is considered illegal in the country.

Mandatory documents to drive a two-wheeler in India:

The documents that are mandatory for driving a two-wheeler in India are:

In India, it is essential for a two-wheeler owner to obtain all these document as the Motor Vehicles (MV) Act, 1988 makes it mandatory for every vehicle owner to have these to be able to drive a motor vehicle on Indian roads.

When you are driving on a public road in India, if a uniformed police officer or officers of the Motor Vehicles Department demands to check any of these documents, as per law you are mandated to produce the same. In case of failure to produce the complete set of documents at the time of checking, you will be fined Rs.1,000 for the first offence and Rs.3,000 for second or subsequent offences.

Further details of these documents are mentioned below:

According to the Motor Vehicles (MV) Act, 1988, a person can’t drive a two-wheeler on India roads without these documents:

When it comes to taking your newly purchased two-wheeler on the road, there are a few things one must keep in mind. Before you venture out on the road with your two-wheeler, do ensure that you are wearing a proper driving helmet. Protection must be every rider’s first and foremost priority. The second thing which two-wheeler riders must always have on them are the requisite documents without which driving on the road is considered illegal. These documents include:

Two-wheeler owner often have confusion regarding the original or the photocopy of the documents to be produced. Some people also keep with them the coloured Xerox of the driving license which is sometimes rejected by the police officer and a fine is charged for not carrying the original documents. As a matter of fact, you can either produce the documents in original or attested photocopies of the same. If you carry photocopies of your documents make sure to get them attested by a gazetted officer.

If, while driving, you are stopped by a uniformed police official who demands to check the documents for your vehicle, you are required to present the same as per the law. In case you do not have the complete documents of your vehicle with you at the time of checking, you may attract a heavy penalty or fine.

News About Documents Required To Drive A Two Wheeler In India