A few years ago, buying a two wheeler costing more than a lakh rupees was unimaginable for most. But today, the two wheeler price category of Rs.1 lakh to Rs.2 lakh is growing at a rapid pace and bike enthusiasts do not mind spending more money on their favourite bikes. 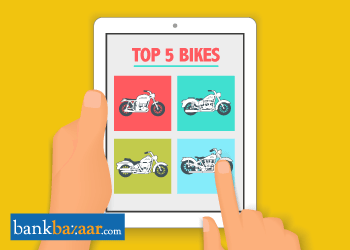 Best Bikes Under 2 Lakhs in India

Choosing between KTM 250 Duke and KTM RC200 is a tough call. The RC's absolute super-sport styling makes it an amazingly captivating riding experience. The new 250 Duke on the other hand brings a similar design quotient as the KTM 390 which again is inspired by the Super Duke R. KTM 250 Duke puts it all at a fairly reasonable value point.

Though, the motorcycle misses out on some of the high-end features like the split LED headlights and the TFT instrument panel, the KTM 250 remains one of the most impressive bikes under Rs.2 lakh. It can be noted that the bike struggles a bit for the bottom-end execution while it truly pulls hard when it comes to the mid-range performance. The only important area which needs improvement is the braking system of the vehicle which seems to be a bit slow for a bike of its kind. But the kind of power and feel the bike offers is hard to ignore.

After making the bike lovers wait for a long time, Yamaha astonished us last year with the launch of FZ25. Sporting a muscular stance, the bike manages to look attractive and is not as intimidating as some of Yamaha's bigger street fighters. Yamaha FZ25 comes packed with a air cooled, single cylinder, 249 cc engine that promises ultimate refinement and linear power delivery. With a weight of 148 Kgs, the bike remains one of the lightest bikes in the segment. Also, Yamaha claims the bike to offer a mileage of 43 kmpl which makes it one of the most fuel efficient bikes in the segment. The FZ25 packs an LCD instrument panel and the LED headlight. However, it misses on the ABS which is a common feature for the bike of its kind.

Bajaj last year introduced the Dominor, which is the first India-made power cruiser. Resembling the Ducati Diavel's smaller sibling, the Dominar packs a punch through its styling an impressive road presence. Baja made few exceptionally fascinating design decisions such as mounting the tail lights on the fuel tank in the secondary instrument dashboard. The performance of the bike compliments well to its beefed up looks as it gets an engine derived from the 373cc mill found in the KTM 390. However, as it gets a solo camshaft, it lacks the top-end performance that KTM 390 can deliver. But reasoned to its three sparkplugs and an engine particularly tuned for a better bottom-end performance, the riders get an enhanced fuel efficiency and an incredible 28Nm (of the aggregate 35Nm) of torque at only 3,000rpm. This implies that the Dominar can ride easily at the speed of 120-130 kmph. It holds back from being a long-distance cruiser because of its firm suspension and a small fuel tank of 13 litres. This setup provides the bike nimble performance and great handling capabilities. The braking system is also not an issue with the optional dual-channel ABS version available.

Royal Enfield has successfully managed to build a motorbike that promises amazing rough-roading prowess. With an 800 mm riding saddle, the bike packs 21-inch front wheel and a 17-inch rear tyre that are designed for off-roading. The bike lives up to its touring ability thanks to its mounts for saddle bags, auxiliary tanks (for fuel or water), and a comfortable riding posture. The 410 cc engine that the Himalayan comes with is not a powerhouse but it does deliver sufficient torque to manage adventuring duties. With the BS-IV regulations coming to the picture, Himalayan was reintroduced by Royal Enfield with the fuel-injection technology which has further improved engine refinement. The motorbike has built a strong reputation for its reliability in tough riding conditions.

The 150 cc R15 may not seem like an ideal bike in the sub Rs.2 lakh category, but it remains one of the best track machines even today. Its 149 cc single-cylinder, liquid cooled engine offers 17 bhp of max power which is impressive considering that the supersport bike weighs just 136 kgs. Yamaha’s Deltabox forms the core of the bike and the monoshock linked at the back makes for a telepathic handling. The bike remains completely planted on the sweeping corners and is extremely nimble while on road. For anyone aspiring to learn the art of riding a supersport bike, R15 makes for one of the best entry-level motorcycles in India. However, the bike is not very comfortable for city commute, especially for pillion rider.

There is no dearth of motorcycles below Rs.2 lakh. However, one should first be sure of their purpose of buying a bike before making a final choice. Apart from the motorcycles mentioned above, there are many other bikes that offer superb riding experience and the riding thrill you may be looking for.