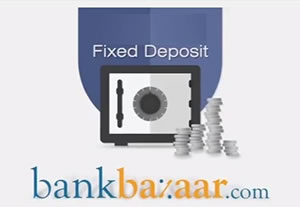 Designed for risk-averse investors, fixed deposit accounts let you earn interest on the deposited amount over a fixed period of time. The interest rate usually varies from 4.50% p.a. to 8% p.a. depending on the tenure, which is usually up to 10 years. Some lenders also offer up to 0.5% additional interest rate for senior citizens.

When you put your money to work in fixed deposits, you basically lock the amount for a fixed period of time. You can earn interest on the principal sum throughout the tenure, on a cumulative basis. The interest earned gets added to the principal amount after every specific interval.

Since the tenures are flexible, you have the option to manage multiple FD accounts spread across different tenures. That way, you will be able to earn more on your investments. Senior citizens are eligible for additional rates, usually 0.50% more than the existing rate.

You can open a term deposit account with a bank where you already have a savings account. There are banks that let you open an FD account even if you don’t have a savings account with that bank. However, with such banks, you have to go through a KYC process where you have to present relevant documents, including ID proof, address proof, passport size photographs, among others.

NRE FDs are beneficial for those earning in foreign currency and who would like to get the amount converted to the value of Indian currency. Some of the major highlights an NRE FD account is that the interest earned is tax-free and both the principal and the interest amount are completely repatriable. The only pitfall is that the money deposited can get affected due to currency rate fluctuations.

Unlike NRE FDs, the interest earned through NRO FDs is taxable at 30%, based on the Income Tax Act, 1961. Also, only the interest earned can be completely repatriated, but the principal amount can be repatriated within a certain bracket or set limit. However, the plus point is that in case of NRO fixed deposits, there are no exchange rate fluctuation risks. You can deposit money in foreign or Indian currency in case of NRO accounts. So, if you are staying abroad and your total income also includes earnings from India, NRO FDs can be an effective gateway to manage your funds within India.

What’s the maximum amount that can be deposited?

There’s no upper cap for fixed deposits. However, you can check with your lender to see if there are any set limits.

Can I get monthly interest on FD?

Your FD interest can be compounded monthly, quarterly, half-yearly or annually as per your choice. However, frequent compounding can reduce the rates.

What is the minimum period for a fixed deposit?

Your FD tenure can range from 7 days to 10 years depending on the term you choose.

What happens to FD after maturity?

No, it’s not tax free. However, you can get tax exemptions if you opt for tax-saving fixed deposits. Under such FDs, you can claim a deduction of up to Rs.1.5 lakh under section 80C of the Indian Income Tax Act, 1961.