You can use the following income tax calculator to understand the amount of tax you will be required to pay.

How to Calculate Income Tax on Salary with an Example

Let us first take a look at some important concepts you should know before you start calculating your income tax on salary. 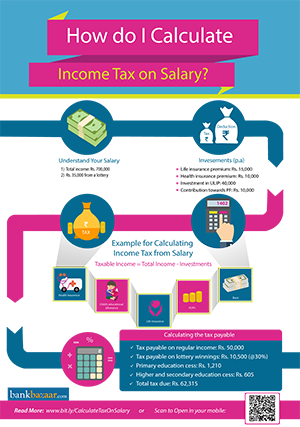 How to Calculate Income Tax 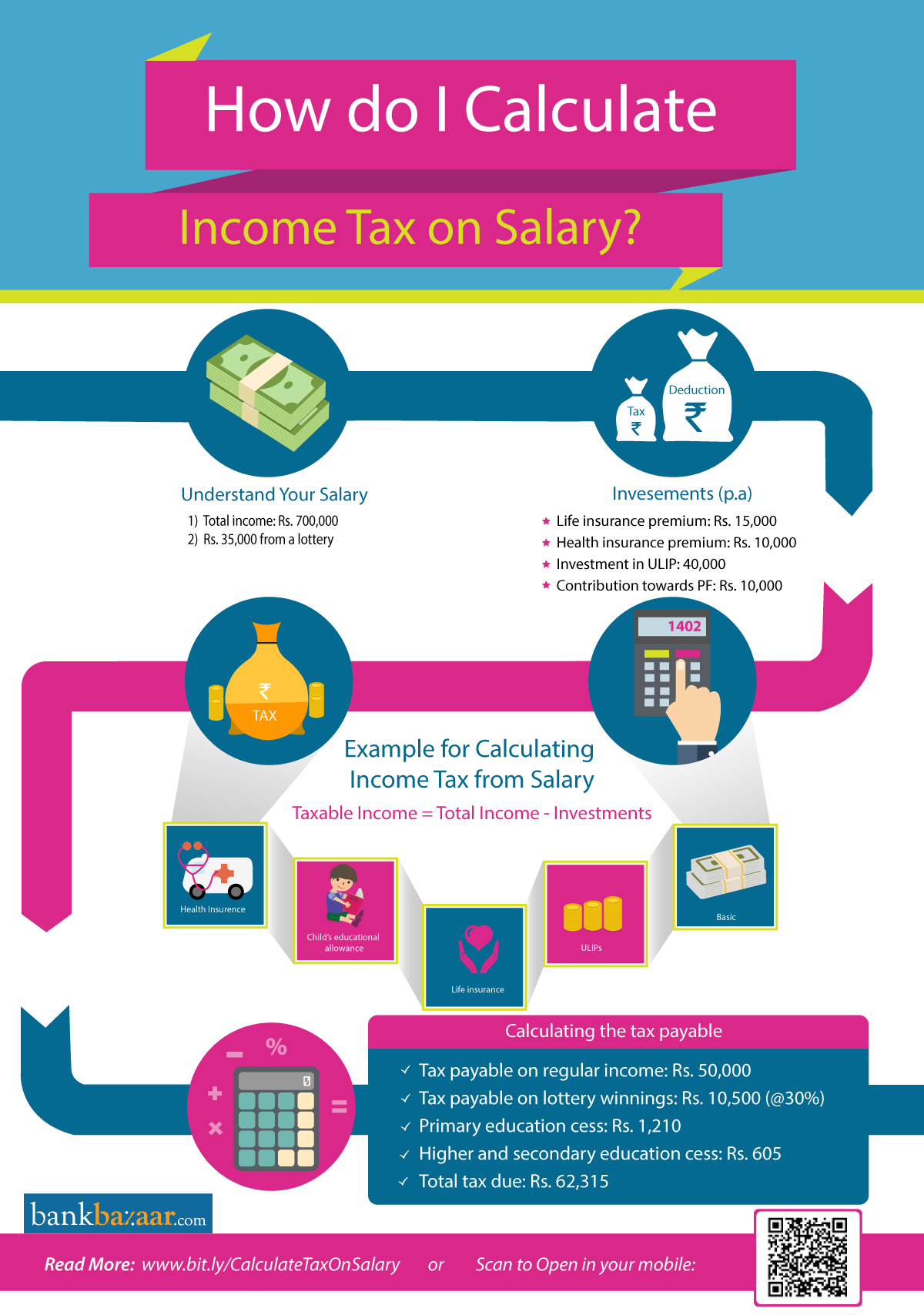 The easiest way to calculate your tax liability is through an online income tax calculator. However, it can be done manually as well.

The first step is to identify the HRA chargeable to tax. Mr. Dutta uses an online HRA Calculator tool to determine the taxable component of his HRA. The manual method of calculating the taxable HRA component is not very complicated either. In this case, it is calculated as shown below:

The lowest value among the following will be exempt from tax:

The annual gross income from his salary is outlined in the table below:

Now let us take a look at the investments made by Mr. Dutta.

Mr. Dutta can claim tax deduction for each of these investments, as shown below:

Step 4: Calculation of Gross Income that is Taxable

The next step is the calculation of the gross taxable income for Mr. Dutta for the financial year 2019-20.

The final step is to analyse the income tax slabs and identify Mr. Dutta’s tax liability. The amount of tax he needs to pay is dependent on the tax slab that his income falls under. The tax slabs for the financial years 2019-2020 and 2018-2019 are as shown below. The amount due to be paid by Mr. Dutta is also indicated in the following table:

Now that you have a clear idea of the income tax calculation on salary, here are some common income tax terms you may be interested in understanding:

What is the difference between Exemption and Deduction?

Both exemption and deduction help reduce your tax liability, but these are availed under different sections of the Income Tax Act.