By downloading the Unified Mobile Application for New-age Governance (UMANG) app, employees will be able to check the EPF balance on a mobile phone. The app was introduced by the government in 2018 and various government services are available on the app. Apart from checking EPF balance, claims can be raised as well as tracked on the app. A one-time registration must be done using the member’s mobile number that has been registered with the UAN to have access to the app.

Let us take a look at how you can view your historical EPF transactions through the UMANG app: 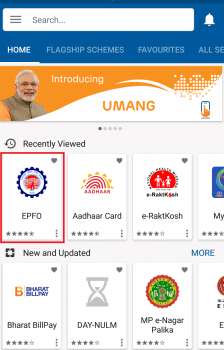 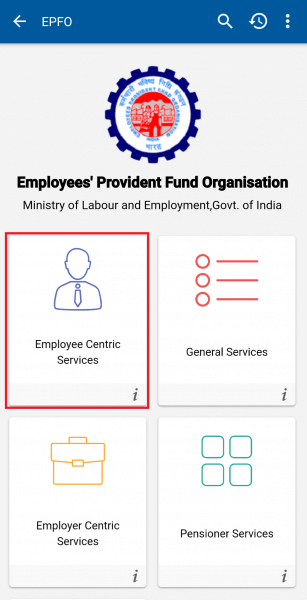 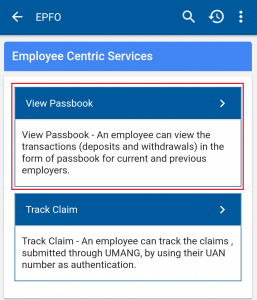 EPF members can also check their balance by giving a missed call to 011-22901406 from their registered mobile number. However, the employee’s Permanent Account Number (PAN), Aadhaar, and bank account number must be linked with their UAN in order to avail this service. In case the above details are not linked with the UAN, the employee can request the employer to link them.

In case employees have activated their UAN, they can send an SMS to 7738299899 to check their PF balance and the last contribution. The format that the SMS should be sent in is EPFOHO UAN ENG. The preferred language that the employee would like to receive the details in is the last three letters.

Currently, the facility is available in Bengali, Malayalam, Tamil, Telugu, Kannada, Marathi, Gujarati, Punjabi, Hindi, and English. In case the employee wants the PF details in Kannada, the format the SMS must be sent in is EPFOHO UAN KAN. However, the PAN, Aadhaar, and bank details of the employee must be linked to the UAN for the employees to avail these services.

How to Check EPF Balance of Exempted Establishments/Private Trusts

According to the Employee Provident Fund and Miscellaneous Provisions Act, 1952, some employers can manage their own PF schemes for their employees. Exempted establishments are large companies like Godrej, HDFC, Nestle, Wipro, TCS, Infosys, etc. that have in-house EPF trusts and are exempted from contributing their EPF corpus to the EPFO. These exempted establishments can manage the EPF corpus with their own trusts. However, these trusts are expected to provide higher returns than the EPFO-managed fund. The same rules for EPF contribution to EPFO apply to these trusts as well.

Employees of such exempted establishments can check their EPF balance in the following 4 ways:

According to a notification issued by Government in November 2016, even the dormant accounts will continue to accrue interests and it will not be classified as inoperative anymore. EPFO had stopped paying interest to dormant accounts since 2011. But once the new amendment comes into effect, all inoperative accounts will receive interests at the rate of 8.8% per annum. Earlier, accounts turned inoperative chiefly due to two reasons—the cumbersome processes involved in EPF transfer and employees preferring to open new accounts while switching jobs. Communication gap between current and previous employers of an individual also contributes largely to the same. In cases where employees are unable to track the details of their old inoperative accounts, they can approach the EPFO help-desk and get the balance in those accounts transferred to the current one.

Is it possible for individuals to check the EPF balance of their previous organisation?

Yes, it is possible for individuals to check their previous organisation’s EPF balance. Once individuals' log in to EPFO portal using their Universal Account Number (UAN), they will be able to check the balance by clicking on the respective Member ID. All previous Member IDs that have been linked to the UAN will be visible on the portal.

Is it possible to use the PAN number to check the EPF balance?

To check the EPF balance, the PAN is not required. However, to avail a variety of online services, it is important that the UAN and EPF are linked.

Is it possible to check the EPF balance using Aadhaar number?

No, it is not possible to check the EPF balance using the Aadhaar number. EPF balance can be checked online only by using the UAN.

Is it possible to check the EPF balance via SMS without linking the mobile number to the UAN?

Can the PF number be used to check the EPF balance?

Is it possible to check the EPF balance by giving a missed call without registering the mobile number?

In order to check the EPF balance by giving a missed call, the call must be made from the registered mobile number. Therefore, it is mandatory to link your mobile number to the UAN in order to avail these services.