The financial year 2017-2018 was an eventful one for the automotive industry in India. From the implementation of the Goods and Services Tax (GST) regime and the country’s transition to the BS IV emission norms, there were many new propositions that changed the rhythm of sales in the sector. The introduction of new passenger cars from luxury brands in the Indian automotive space was a highlight as well. The government’s intention to convert to an all-electric fleet by the year 2030 also received a push last year. 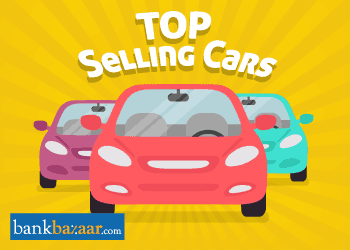 Here, we take a walk (or rather a drive) down memory lane and analyse all the new models of cars and SUVs that raked in the profits for car manufacturers in 2017-18.

The facelifted version of the Swift was launched early 2018. The new Swift is characterised by LED projector headlamps with DRLs, precision-cut alloy wheels, and LED rear combination lamps. The SmartPlay infotainment system, auto gear shift technology, push button for start and stop, automatic climate control facility, steering mounted audio controls, and smart key are other highlights of the 2018 Maruti Swift. The petrol version of the car (with automatic or manual transmission) provides fuel economy of 22 km/l. The car also made history when it received 1 lakh bookings within 2 weeks of launch in February 2018.

To pick a suitable policy from a host of car insurance plans, you need to do some homework. Here’s how you can prepare yourself.

A car that just missed a spot in this list was the Renault Kwid, and it deserves an honourable mention. The top-selling car from Renault sold 92,440 units in 2017. The average sales per month was 7,703 units. The Kwid also managed to outsell the Celerio several times last year.

Traditionally, the hatchbacks from Maruti have been the top choices for the prospective Indian customer. But there is now a segment shift with the crossovers outselling hatchbacks. This trend was seen with the Creta selling more units than the Kwid or Celerio last year.

GST Update: GST of 18% is applicable on car insurance effective from the 1st of July, 2017