Growth Of The Indian Automobile Industry In FY 2018

India is currently one of the largest markets in the world as far as automobile sales are concerned. Car manufacturers raised a toast for the financial year 2017-18 as it turned out to be one of their best in terms of sales. The industry registered double-digit growth between 1st April 2017 and 31st March 2018. The year also marked India surpassing Germany as the fourth largest automobile market on a global scale to stand right behind China, the US, and Japan. 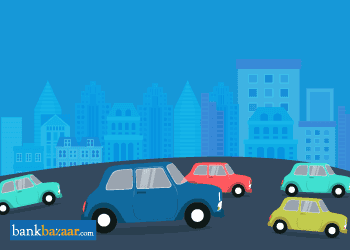 Industry experts are of the opinion that FY18 was a landmark in the history of automobile sales in India. The volume of sales grew on the back of the momentum of the previous year to reach double-digit figures. This has happened for the first time since the financial year 2012. The growth can be largely attributed to the improvement in the rural economy and the after-effects of demonetisation.

The Society of Indian Automotive Manufacturers (SIAM) shared a report recently, showing domestic sales and exports across all segments in the market recording a surge.

Industry analysts are expecting to see the momentum of growth carry forward to the financial year 2018-19, across most of the segments. There may be moderation in growth of commercial vehicles (CVs) sales though.

The industry is currently subjected to a series of investments in research and product development so that regulatory changes such as BS VI emission norms are implemented. Investments are also being made for the implementation of the government’s vision of an all- electric fleet by the year 2030. There are also reforms likely to come up in the safety standards of four-wheelers in the country.

Do you know that online car insurance comparison helps you identify the most appropriate plan at the least price? Have you found yours yet?

When the statistics of vehicle production is taken into consideration, a total of more than 29 million units were produced between April 2017 and March 2018. This includes commercial vehicles, passenger cars, two-wheelers, three-wheelers, and quadricycles. The growth in production in the industry was 14.78% when compared to the same period the previous year.

According to SIAM data, car makers’ market share in the year 2017 in India is as follows:

SIAM has confirmed that Indian automakers are producing vehicles at 60-65% of their production capacity on an average. Although the implementation of the GST regime has had a negative impact on car exports, tax refunds worth Rs.2,000 crore will be provided by the government to the companies in the near future.

Towards the last quarter of 2017, most of the auto manufacturers have increased prices of vehicles across segments by 3-5%. This is due to the hike in input costs, including commodity prices. India is expected to emerge as the third-largest market for automobiles by the year 2020, when it would be capable of selling up to 5 million vehicles in a year.

GST Update: GST of 18% is applicable on car insurance effective from the 1st of July, 2017