How Driverless Cars Are Going To Affect The Auto Insurance Sector?

What Is A Driverless Car?

As the name suggests, it is an automated or self-driving car which will not need human supervision for navigating and can travel from one place to another on its own. Driverless cars are the much anticipated product of the machine-driven future that we have always dreamt of. They are expected to add convenience to our lives with added efficiency. They are also known as autonomous cars or robotic cars. 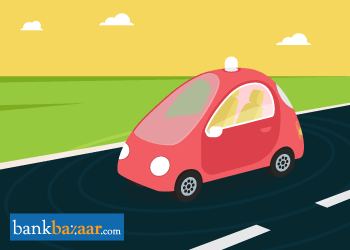 Driverless cars are getting a form and becoming a reality as many automobile manufacturers as well as technology giants like Google and Apple are investing their time and money in the development of such cars. Though it has sparked a lot of interest among automobile enthusiasts, it has also provoked a thought among the mass about the impact of these vehicles on the auto insurance premium costs.

With the progress in technology, the rate of collision-related fatalities has taken a steady dip. Though the addition of latest safety features have not brought any major change in the number of accidents that takes place, it has reduced the number of accident-related deaths significantly. Autonomous cars come with a number of safety and security features like lane assistance, self parallel parking, traffic jam assistance, and GPS. These features might actually cut down the car insurance rates. As insurance is all about bearing the risk, the addition of beneficial features might actually bring down the cost of buying an insurance policy.

Where Are The Insurance Companies Going To Stand In The Future?

As per a report published by US-based consulting firm, McKinsey & Company, car accidents are going to decrease at a massive rate by the middle of this century. It is highly likely that it is going to have a negative effect on the insurance industry. Autonomous cars will bring down the price of the premiums as very few claims will be raised. Nevertheless, the need for liability insurance will still be there because driverless cars have the option to be driven manually as well. The coverage may vary though. Keeping this apart, the insurance companies might also face a huge dip in business as there will be a decrease in the need of theft protection coverage. With anti-theft features like ‘kill-switch’, which does not allow anyone other than the owner of the car to turn the ignition on, and state-of-the-art GPS tracking system, which allows the car to be tracked easily, the owners of such cars might not even demand for theft protection for their cars. Thus, the cost of premiums is also going to be cut down.

The Impact Of Driverless Cars On Its Insurance Policy:

Even with all the advanced safety features that autonomous cars are going to come with, it is also anticipated that there might not be any major impact on the auto insurance companies at all. In recent years, the automobile industry has come up with a lot of development and are offering many technological advancements in the latest cars. But that has not brought any significant changes in the premium rates. Nowadays, many cars come equipped with collision-avoidance features like front-end crash warning systems and blind-spot detectors. Although these features are made to assist the drivers in avoiding accidents but there has been no noteworthy decline in the number of reported accidents. The number of deaths caused due to accidents have gone down though.

How Are Insurance Companies Going To Adapt To The Upcoming Changes?

Though it is hard to ascertain the exact effect of the autonomous vehicles on the auto insurance companies right now, it is safe to conclude that the change will be gradual and thus insurers will have time to adjust and react to the changes accordingly. As per some reports, there are three major areas where insurance providers can work in the future. They are as follows:

In conclusion, we can say that a huge change is coming in the automobile as well as auto insurance industries, but the change can be positive.