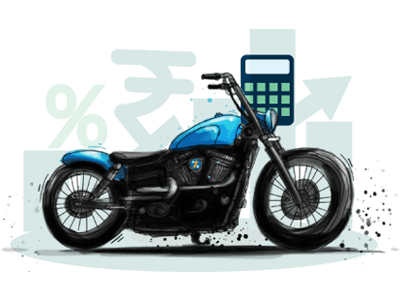 Every year, new two-wheelers and motorcycles are launched in India with advanced features. In the year 2017, India witnessed a blend of sports bikes, high-power bikes, scooters, and lots more. In the upcoming year, bike lovers will get to enjoy many new launches. You can choose from numerous options according to your preferences and specifications.

You can purchase any of the bikes that you are interested in by applying for a two-wheeler loan. There are several banks and non-banking financial corporations (NBFCs) that provide two-wheeler loans at affordable interest rates. You can compare features and rates of each loan and apply online itself!

Let us take a look at the list of some of the scooters and motorcycles that will be released in the country in the upcoming year:

This bike manufactured by top bike maker, Bajaj, was displayed at the 2014 Auto Expo. This bike is a power cruiser. This bike in the Pulsar RS range has an engine made by an Austrian company. It comes with a super-cool and edgy look. It is expected to be the most expensive bike offered by Bajaj. However, it will be cheaper than its counterpart, namely the KTM RC390. It is expected to have a top speed of around 175km per hour. It will have a 373.2 cc engine with a single cylinder. With disc brakes at both the ends and a triple spark plug, it will give a mileage of around 26 kmpl.

The Boxer X150 will be an adventure motorcycle that can be ridden on off-road routes. This amazing bike has a high-raised front mudguard as well as on-off road tyres that will help the rider to have a safe riding experience even on rough turfs.

This bike designed and developed by Hero MotoCorp will enable the company to enter the 150 cc scooter segment. You can enjoy this sporty maxi-scooter that offers good mileage and fuel efficiency. You can choose from 2 of its variants which include European style step-through and flat floorboard. It will have a liquid-cooled engine and a European styled step seat with a tail lamp and bright LED blinkers.

The leading Italian bike manufacturer, DSK Benelli, will most probably release a parallel-twin 400 cc bike as the company already has a 250 cc and a 300 cc TNT bike. It is predicted to have a parallel-twin engine with a displacement of 400 cc. The company is expected to release 3 motorcycles in the year 2018. The types of bikes will be a mid-size adventure bike, full-faired Tornado, and a Scrambler-styled bike.

This motorcycle created by prominent Indian motorcycle manufacturer is a leading cool bike. It has a fuel-cell cylinder. The Bajaj Dominar 200 is expected to be launched in the year 2018. It will most likely offer the rider with the KTM 390 engine at an economical price. It also has features of Duke bike.

Royal Enfield bikes are classy and street-smart. They are highly popular among several people within the nation. Royal Enfield may enter the big-bike segment by launching a 750 cc Himalayan. Moreover, this new high power engine will utilize two cylinders instead of a single Thumper.

This bike will have many new features compared to the existing TVS Apache RTR 160. The bike will be sold in 2 variants. One of the models will have a disk brake at 2 wheels, whereas the other model will have a drum brake at the rear wheel.

This is a premium scooter that has a classy, retro look. It has a single cylinder engine with a displacement of 278 cc. It will most probably have an analogue instrument cluster. It will also have an LCD display. The bike’s international features include dual-channel ABS and a traction control. However, it is not confirmed if the Indian bike will have these features. The price for this vehicle ranges from Rs.4 lakh to Rs.5 lakh. This bike can be purchased by paying equated monthly installments (EMIs) too. It has an automatic twist gearbox. The other bike models expected to be released include Piaggio Fly, Piaggio Vespa Sprint, Piaggio Vespa GTS, Piaggio Vespa Primavera, and Piaggio MP3.

The Hero Xpulse has been developed according to the design of Hero Impulse. The engine of this model will have a higher power capacity. It will most likely have a 200 cc engine. The engine will be air-cooled and will have a single cylinder. The bike was displayed at the 2016 Auto Expo. This bike will have spoked wheels, a tall windscreen, a wonderful luggage rack on the rear side, and telescopic front forks. The expected on-road price of this vehicle is Rs.1,10,000. The Hero Xpulse can be used as a firm off-roader for adventurous riding experiences. It will be a great bike for mountain riding expeditions.

This energy bike is going to make a great entry into the market as it is a zero-emission vehicle. This bike has been developed by Ather Energy, an Indian start-up. This company will most likely inspire more and more Indian companies to come up with environment-friendly vehicles that will help in conserving the environment effectively. This will enhance the urban transport scenario by being an energy-efficient two-wheeler. The bike is expected to be released during September 2018.

This super-cool sports bike was first displayed at the EICMA in the year 2015. It has an air-cooled engine and a 5-speed transmission. The bike is expected to be released in the year 2018. It is a naked mini-bike that has a maximum torque of 10.8Nm at 7,000rpm. It comes with a rear swing arm, a spring preload adjustment system, and a lateral shock absorber. With a seat height of 780mm and a bike clearance of 160 mm, the bike is a great choice for anyone who loves to ride naked sports bikes. The bike looks classy and 4-stroke churning engine. It is expected to be sold in the market at a price of Rs.1,30,000.

This bike has been made by TVS, leading Indian two-wheeler manufacturer. It has been engineered and designed at BMW's plant in Munich, Germany. The cool-looking bike has a 6-speed manual gearbox and a liquid-cooled engine. You can choose from metallic blue, white, black, and a white base. It is a self-start bike. With alloy tyres and a 4-stroke engine, it will most likely be a popular bike once it is released in the Indian market. The bike has a 6-speed gearbox. With an engine displacement of 313 cc, this bike is expected to compete with KTM Duke 390. This motorcycle has a 41mm upside-down fork at the front and at the rear, there is a monoshock with a preload that can be adjusted conveniently. The bike has a digital instrument console that comprises engine temperature, fuel level, odometer, speedometer, and tachometer.

This is a concept scooter that is designed and developed by prominent two-wheeler manufacturer, Hero Motorcorp. It is an eco-friendly scooter that will help the user in contributing towards preserving the environment. It will have an electric motor and will be similar to the model that runs on gasoline. The bike’s price is expected to be Rs.52,000. It will be released in the Indian market between September and December of the year 2018. This bike was exhibited at the Auto Expo 2016. You do not have to worry about emission or fuel as this vehicle runs on electricity. The two-wheeler will most likely have a 5kW BLDC electric motor.

KTM has become a highly popular bike brand in the country with its multiple bike options that are special and exclusive. Most of the bikes launched by this company are street fighters. It has a flat seat, spoke wheels, a front-wheel, a flat headlight cowl, and an overall minimalist look. The paint scheme of this bike is very similar to that of the SuperDuke 1290. The bike is expected to be launched globally in the year 2018. The starting on-road price of this vehicle in the Indian market will most likely be Rs.8 lakh. The chassis of this vehicle is a Trellis Frame.

Many bike lovers are eagerly waiting for this bike to be launched in India. It is one of the most searched motorcycles on the internet in the country. It will offer a power of 86 hp at 7,500 rpm and stick to the emission standards of Euro4. It is a classy-looking bike that provides great power.

These are some of the top bikes that will be launched in the upcoming year in the country. You may check out other bike options too!

News About Upcoming Bikes in India 2018