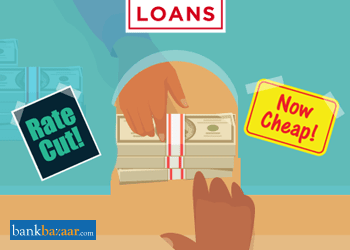 Reserve Bank of India, the central banking institution of India controls the monetary policy of the Indian currency. The RBI Governor has recently announced the reduction of the important policy rates on 22 May 2020 at a monetary policy review meeting. The current repo rate as on 22 May 2020 is 4.00%, down from 4.40%. Following this rate cut, the RBI has announced a rate slash for reverse repo rate as well. In the latest rate cut, the central bank has reduced the reverse repo rate by 40 basis points which now stands at 3.35%, down from 3.75%. One of the main reasons behind the rate cut is to boost up the economy by increasing the cash flow in the market. The slash in the reverse repo rate will push the commercial banks to take their parked money out from the central bank and roll it in the market. The decision of cutting down the repo rate by 40 basis points was unanimously agreed upon by 5 out of the 6 committee members.

Simply put, banks borrow funds from the Central Bank of India by selling government securities with a legal agreement to repurchase the securities sold on a given date at a predetermined price. The rate of interest charged by RBI while they repurchase the securities is called Repo Rate. The current Repo Rate as fixed by the RBI is 4.00%. The latest revision in the rates was made to mitigate the economic risks keeping the deteriorating economic situation in view.

History of Changes to Repo Rate

The change in the repo rate will also affect all the other types of rates fixed by RBI and private banks, which are discussed in detail below.

Here’s a snapshot of all the repo rate changes that have occurred since October 2005:

You May Also Read: Repo Rate vs MSF

When banks pay high interest rate to obtain loan from RBI, they in return charge the customer high interest rate to break even. Also known as “Discount Rate”, bank rate is a powerful tool used by the RBI to control liquidity and money supply in the market. The current Bank Rate is the same as Marginal Standing Facility rate, i.e. 4.65%.

Previously, banks used to lend as per the Base Rate fixed by The Reserve Bank of India but with the introduction of MCLR, banks will have to lend using rates linked to their funding costs.

Simply put, bank raises their funds through deposits, bonds and other investments. For the banks to function smoothly, there are costs involved like salaries, rents and other bills. Considering that banks also need to make profits every year, RBI has included the expenses of the bank and have come up with a formula which can be used by banks to determine their lending rate. With the reduction of repo rate, some banks have reduced MCLR up to 90 basis points. The current MCLR (overnight) fixed by the RBI stands in the range of 7.10% to 7.75%.

You May Also Read: How MCLR Rate effect on Loans

In conclusion, policy rates are subjected to change without any warning as RBI constantly monitors the supply of money in the economy and takes decisions accordingly.

Does the Reserve Bank of India (RBI) allow the banks to accept deposits which are free of interest?

Do the rate of interest stipulations which apply to the loans (in Indian Rupees under the FCNR (B) schemes are also applicable to the loans avail in foreign currency?

No, the rate of interest stipulations which apply to the loans (in Indian Rupees under the FCNR (B) schemes are also applicable to the loans avail in foreign currency. It is governed by the Foreign Exchange Department of the RBI.

Does the Reserve Bank of India (RBI) allow the banks to extend loans and advances to their customers below the Base Rate set by the central bank?