As an impact of the upcoming Goods and Services Tax reform initiative, auto manufacturers have announced that they will be passing on the benefits to buyers. Luxury car manufacturers were the first ones to announce discounts on the costs of specific models. Mass market manufacturers have now joined the bandwagon, and slashed prices across various models.

Royal Enfield and Bajaj Auto have recently announced that they will be passing on the GST benefits to customers. These benefits will be available till the end of June.

The new GST norms will be implemented on 1st July, 2017 and the reduction in cost will be officially declared. Listed below are some of the offers run by motor vehicle companies before GST is implemented in India. 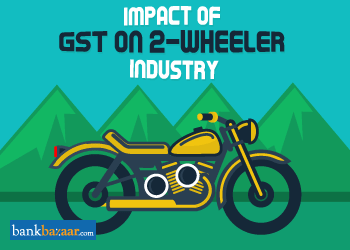 The Company notified that it will offer GST benefits on the on-road price of its products starting from 17th June. Royal Enfield officially stated that it welcomes the new GST regime announced by the Indian Government. The company believes that the new tax system will completely transform the way business is done in the country, so that it is beneficial to the economy. The company is focussed on delivering an authentic motorcycling experience to its customer base, hence ensuring customer satisfaction.

Bajaj Auto has announced that it will slash up to Rs.4,500 on its entire range of motorcycles before the official implementation of the GST system on 1st July, 2017. The exact value of the discount varies between models and is also based on the state in which the purchase is made.

The company officially announced that it will pass on the reduced costs arising out of GST to its customers. Bajaj Auto is the first motorcycle company in India that proposed to offer these discounts to consumers even before the actual date of implementation of GST.

After 1st July, Bajaj will educate customers on the changes in costs of its products at its authorised dealerships. These discounts have followed the recent increase in costs of all Bajaj motorcycle models in the country, including the Dominar and the Pulsar range.

One of the most significant advantages of GST is that it will put an end to multiple small taxes. Taxation will be at a single rate, going forward.

Bikes that are above 350cc will, however, attract an additional cess of 3% on the base tax rate of 28%. Popular motorcycles models such as KTM Duke 390 and Bajaj Dominar 400 will be affected by this cess. This will still imply a reduction in total cost of these bikes, as the current tax rates are between 28% and 35% due to the imposition of 13 different types of taxes.

In addition to this, GST is also expected to impact the service side. The rate of tax on spares will most likely be 28%, while that on services will be 3% higher. So, the final labour charge in your bill after a servicing session will be more than what you see currently. Electric vehicles are also expected to cost more, following the GST implementation.

In summary, the new GST will bring a lot of changes to products and services that people seek. Prices will either increase or decrease for a number of products used on a daily basis. But for people who intend on purchasing a new vehicle, ample amount of research should be done to ensure that they know exactly what they’re paying for. If the new GST tax rates do cause a bit of inconvenience when purchasing your new two-wheeler, insurance agencies are providing attractive two-wheeler loans at affordable interest rates.