One Nation One Ration Card Scheme 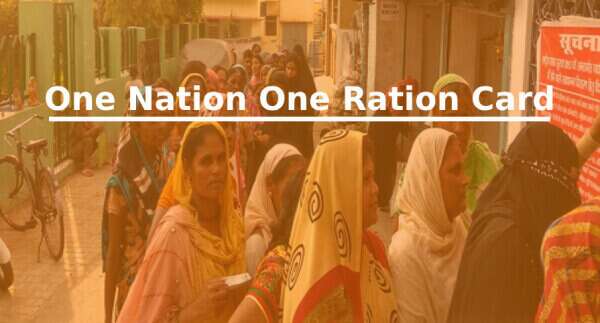 What is One Nation One Ration Card?

One Nation One ration card (ONORC) will help in providing grains, rice and wheat flour at subsidised rates for the economically weaker section of the nation. Finance Minister, Nirmala Sitharaman’s announcement of the ‘One Nation One Ration Card’(ONORC) scheme for the poor in the light of the COVID-19 pandemic. With this conversion of a regular ration card to the One Ration Card, all beneficiaries and cardholders can purchase subsidised food from any Public Distribution Shop all over the country.

The ONORC scheme has been rolled out by the Finance Minister on 16 May during the last phase of the Prime Minister’s Atmanirbhar Bharat Abhiyan which included stimulus funds of Rs.20 lakh crore. This ration card has been launched in all states and Union Territories in the country and 20 states have already agreed to implement this scheme in their state.

Purpose of the One Nation One Ration Card

Previously, with the ration card, a beneficiary could only purchase subsidised food and grain from the PDS (Public Distribution System) which was assigned to them in their locality. Due to this, there have been many issues faced by the migrants who shift to other cities for work. However, by converting their existing ration card to ONORC, he or she can purchase subsidised food from any FPS shop in any locality and in any city.

The Financial Minister also mentioned that for the citizens who do not own a state or central issued PDS card, they will be given 1 kilogram of ‘chana’ and 5 kilograms of grain for the next two months.

Food Minister Ram Vilas Paswan said that three more states — Odisha, Sikkim and Mizoram have joined the ‘One Nation-One Ration Card’ scheme, taking the number of states and union territories which have joined the scheme to 20.

Paswan said that by August, Uttarakhand, Nagaland and Manipur will join the national cluster.

Eligible beneficiaries under the ‘One Nation-One Ration Card’ initiative would be able to avail their entitled food grains under the National Food Security Act (NFSA) from any Fair Price Shop in the country using the same ration card.

The Food Ministry aims to implement the scheme across the country by March 2021.

Paswan said necessary infrastructure work which includes upgradation of electronic Point of Sale (ePoS) software, integration with central Integrated Management of PDS (IM-PDS) and Annavitran portals, availability of ration cards in central repository and testing of national portability transactions has been completed in these three states.

Benefits of the One Nation One Ration Card

ONORC has been in the works since April 2018. The conversion of the regular ration card to the One Nation One Ration Card is expected for all beneficiaries in all states and Union Territories by 2021.

The major benefit of the One Nation One Ration Card is that the people who are eligible to receive subsidised food grain can do so from any FPS shop in any city. With many of the people migrating to different cities and the previous inability to purchase food grain in any other city, the One Ration card can help the livelihood of migrant workers all over the country.

Some of the other benefits of the ONORC are:

The procedure of portability of ration cards to One Ration Card

The Integrated Management of Public Distribution System (IMPDS) will provide the technology platform for the portability of inter-state ration cards. This will enable migrant workers to purchase food grains from any FPS across the country. The Annavitran portal will be the other website which will contain the information and data for the distribution of food through the E-POS system and devices within the state.

List of States Integrated with One Nation One Ration Card Portability

According to reports, the official rolling out of the ONORC was on 1 June 2020. However, at the moment there are 17 states on board to roll out the interstate portability of the ration card under the NFSA. The 17 states and Union Territories are as follow.

Odisha, Mizoram and Nagaland are part of ONORC Scheme from 1 June 2020.

To conclude, the step taken by the government to introduce the One Nation One Ration Card is beneficial for the migrant workers and their families who travel to other states for work.

One Nation One Ration Card News