What is Yeshasvini Health Insurance Scheme?

The Yeshasvini Co-operative Farmers Health Care Scheme provides cost-effective medical facilities to farmers across the state courtesy cooperative societies registered with the Department of Cooperatives. This scheme targets informal workers in the lower-middle income and middle-income groups. In other words, any peasant in Karnataka can have , provided he or she is a member of any cooperative society.

Registered under the Indian Trust Act 1882, the Yeshasvini Cooperative Farmers Health Care Trust was established to ensure efficient implementation of the Yeshasvini Health Insurance Scheme. The chief patron of the Trust is the chief minister of Karnataka while the patron is the minister for cooperation. It is important to note that the state government makes contributions to the Trust. The governing body of the Trust comprises five senior officers, who in turn, report to the principal secretary, cooperation department. The governing body also consists of five renowned doctors across the state as listed in the table below:

How is the Yeshasvini Health Insurance Scheme Administered?

The following table shows details of the administration of this scheme:

The following table shows the various salient features of the scheme: 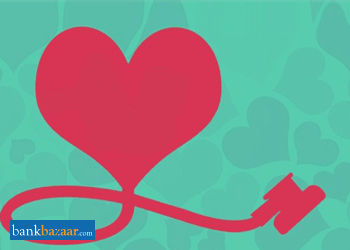 The Yeshasvini Co-operative Farmers Health Care Scheme provides health insurance coverage to ryots (Indian peasant or tenant farmer) across 30 districts in the state of Karnataka. The scheme has around 30 lakh beneficiaries. Around 803 surgical procedures are included in the scheme, subject to exclusions. Some of the ailments covered under this scheme are listed below:

The list of exclusions under this scheme are as follows:

Number of Network Hospitals Under the Scheme:

A beneficiary approaches any of the Network Hospitals, following which, a coordinator reviews the former’s UHID card and enrollment fee and approves preliminary diagnosis In case, a surgery is required, a pre-authorization requests are sent to MSP. The request is reviewed by specialists. The beneficiary can avail of cashless treatment for any surgery, subjects to the prescribed limits under this scheme. THe network hospitals forward the bill summary which includes the patient’s signature besides other essential documents to MSP for claims settlement. The Yeshasvini Health Insurance Scheme Trust pays the network hospitals under 45 days of the receipt of the bills via MSP.

Yeshasvini Cooperative Farmers Health Care Scheme was launched on 14 November 2002 by the former Chief Minister, Sri S M Krishna. The scheme was launched by the Karnataka government along with the cooperative farmers of the state. The scheme became operational from 1 June 2003. This is a self-funded health care scheme. Cooperative farmers of Karnataka are given quality and cost-effective healthcare facilities through the Yeshasvini Health Care Scheme in network hospitals.

Though the scheme was implemented with some modifications made to the concept of rural healthcare scheme by Sri A Ramaswamy, a former Principal Secretary to the Karnataka government and the Cooperation Department, the concept of 'Rural healthcare scheme' was actually initiated by Narayana Hrudayalaya’s Dr. Devi Prasad Shetty in Bangalore. The Karnataka government offers contribution to the Yeshasvini Cooperative Farmers Health Care Trust for implementing the scheme.