The IRDA, or Insurance Regulatory and Development Authority of India publishes the Incurred Claims Ratio for health insurance companies in India. Incurred Claim Ratio is basically the overall value of every claim a company has paid divided by the total sum of premium collected during the same period. Incurred Claims Ratios are calculated on an annual basis, and the ratios for 2017-18 and 2013-14 have been listed below for the sake of comparison. 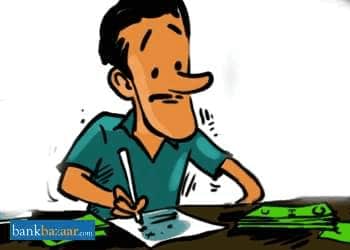 What do Incurred Claim Ratios Mean?

Incurred Claims Ratio shows the ability of a company to make payments towards claims. If the ICR of a company is more than 100%, it indicates that the amount of money given away by the company as claim is more than the amount of money collected by the company as premium. In such cases, the company will find it hard to sustain itself, and as a result, will either resort to rejecting some borderline claims, raise the price to better manage claims, or change their product altogether.

If the ICR of a company is between 50% and 100%, it indicates that the company has collected more money as premium than it has given away as claims. In such cases, the company makes profits and means that the company has not only produced a quality product, but has also succeeded in selling it to customers and helping them understand where claims must be made and where they shouldn’t.

If the claim is less than 50%, it means that the company is either hardly giving out claims or is making relatively large profits. However, the fact that the company is generating considerable profits is not necessarily a good thing as all health insurance companies should offer products that actually pay out claims within the correct limits. In case claims are low, then customers who purchase such products realise over a period of time that the health insurance policy is costly and/or the number of exclusions in the policy are way too many, and thus shift to a better or more efficient product. Hence, the perfect value of ICR ranges between 75% and 90%.

While ICR is a fine yardstick with which the performance of a company can be measured, it does not tell the whole story. Following are the points to consider with regards to the ICR of a company.

Incurred Claim Ratios are often confused or mistaken for the same as Claim Settlement Ratios. A claim settlement ratio is basically the ratio of settled claims to the total claims filed in a particular accounting period. Hence, in case the claim settlement ratio of a company stands at 90%, it means that 90 claims out of the 100 filed have been settled. The remaining 10% are either pending or rejected by the insurance company.

For instance, say Company A has an incurred claim ratio of 90% and Company B’s ICR is 95%, most customers will likely opt for Company B as their ratio is higher. However, Company A must also be given some consideration as Incurred Claim Ratio is not the factor based on which the reputation of an insurance provider is measured. The reason for this is that the time taken to settle claims is not mentioned in the ICR. Company B may have a higher ratio of 95%, but the time taken for the settlement of claims can be relatively high (six months or above). On the other hand, Company A has a lower ratio in comparison with Company B, but the time taken for the settlement of claims can be only a month or two, making it easier for a customer to settle his / her claims at a quicker rate than it would with Company B.

Moreover, there may be other factors such as network hospital coverage, specific plan benefits such as that must also be considered when choosing a company as an insurance provider. The key to choosing the right health insurance provider is to compare the ratios and pay attention to the other important factors.