With the rising cost of medical care and a higher susceptibility to disease, today’s professionals are looking at investing in health insurance as a way to ensure quality medical care without the heavy cost. With a slew of insurance companies offering various types of health insurance schemes to suit every budget and need, there is no dearth of options when it comes to picking a health insurance policy.

What is a Pre-Policy Medical Check-up?

A pre-policy medical examination or check-up is a battery of tests and procedures that the prospective policyholder is required to undergo before the policy is accepted by the insurance company and health cover extended to him/her. These tests are required if the policyholder is above 40 or 45 years of age, so that the insurer is aware of the policyholder’s current medical fitness and if there are any pre-existing medical conditions.

Another reason for the pre-policy check-ups could be if the policyholder chooses a Sum Assured above the average amount, thereby increasing the risk of the insurer. Policyholders who opt for health cover above Rs.10 lakhs are generally required to undergo a battery of medical tests before is extended to them.

Pre-policy medical tests are compulsory for the majority of health insurance policies available today. These tests are important because they act as a benchmark against which the insurance company can measure the policyholder’s health. Any pre-existing medical conditions and illnesses would come to light through such a test, allowing the company to make a decision on appropriate cover for the particular individual.

The tests are also important when it comes to filing claims. If the policyholder files a claim and the company can prove that the illness was caused by a pre-existing medical condition that was not disclosed or proves that the policyholders deliberately withheld information regarding his/her medical health, the claim could be repudiated. By undergoing a pre-policy test, the policyholder’s medical health will be on file, making it easier for both the insurance company as well as the policyholder to investigate and file a claim, respectively. 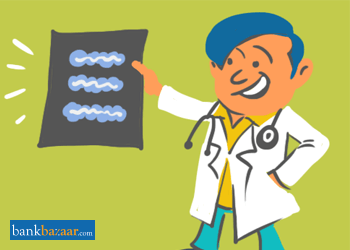 What are the Tests Usually Conducted?

Each insurer has a different risk assessment policy, based on which a life assured’s medical risk is measured. The risk is measured by a grid, with the policyholder’s age and coverage amount being the parameters of the grid. Based on these two factors, the type of tests would be administered to the policyholder. The usual tests administered are measurement of blood pressure, ECG, lipid profile test, blood serum test, complete blood count, blood sugar etc.

Who Pays for the Tests?

According to rules laid down by the Insurance Regulatory and Development Authority of India (IRDAI), at least half of the costs of the tests is to be borne by the insurance company, and the balance is to be paid by the policyholder. With the high competition in the market and to reduce the burden on policyholders, a number of insurers choose to cover the cost of the tests themselves.

Some health insurance policies stipulate that the policyholder would have to cover the costs of the pre policy testing, with the amount being reimbursed after the cover has been granted.

What Happens After the Tests are Conducted?

Once the results are received, the company will take a decision on whether to cover the policyholder under the terms mentioned in the policy proposal. This is generally the case. If the tests show an illness or medical condition, the company can opt for any of the following:

While there are policies that do not mandate pre-policy medical examinations, it is advisable to undergo the tests as they pay dividends in the long run and help avoid the possibility of a rejected claim at a later date.