All About No-Claim Bonus in a Health Insurance Policy

No Claim Bonus refers to the additional coverage offered by the insurer for not making any claims during a policy year. Most insurers provide an additional 5% increase in sum assured amount for No Claim Bonus.
More

Health Insurance policies in India offer No Claim Bonus as benefit for not registering and availing the claim amount during the policy period. This bonus can be availed while renewing your health insurance policy. Most insurance providers in India offer No Claim Bonus to the insured during the policy tenure. Some insurance companies offer an increase in sum assured, in the form of a cumulative bonus, to replace this No Claim Bonus. Companies that do not offer a NCB often provide a rebate on the renewal premium in order to stand at par with its competitors.

Things to Know About No Claim Bonus: 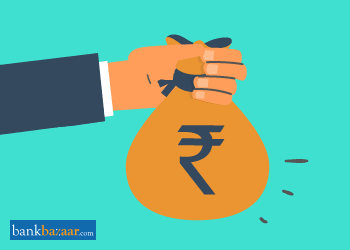 When the policy holder files a low value claim, he/she does not lose the entire No Claim Bonus. Only a small percentage will be deducted from the same.

The No Claim Bonus will also act as a discount on premium payable for the health insurance policy at the time of renewal. Generally, in order to avail this benefit, the policy should be renewed within 30 days of the due date for renewal.

Transferability of the No Claim Bonus:

Disbursement of No Claim Bonus:

The No Claim Bonus can be withdrawn at the rate at which it was provided on the policy document or it can be provided to the policy holder as a part of the sum insured after deducting the premium payable for the policy.

Under Health Insurance, the claims which have not been settled are subdivided into – Claims Closed and Claims Repudiated. Claims closed are those which have not been paid out due to lack of follow-up or documentation offered by the policyholder. Closed Claims are generally not clubbed with the claims rejected by the , thus this would not reflect in the claim settlement ratio projected by the company. As per existing regulations laid down by the IRDA, claims registered by a policyholder has to be settled within 30 days. This feature is added to the policy documents

Third Party Administrators can only process a claim and cannot settle a claim. Settling a claim is the duty of the insurance provider only, at their discretion.

By maintaining a low claim record, you can avail a rebate on premium as well as enhanced protection through the health insurance policy.

When a claim is made on 2 policies, the sum insured is split among the two insurers equally. However, with the advent of the new IRDA guidelines, a policyholder can choose which insurer should settle his/her claim.

Deduction in No Claim Bonus after Raising a Claim:

Earlier, the IRDA guidelines on NCB for Health Insurance policies stipulated that once an individual files for a claim, he/she loses the entire No Claim Bonus accrued over the years. However, this norm was later changed to offer cumulative bonus to the insured who files for a low value claim.

Mr. Hritesh has availed a health insurance policy for Rs. 5 Lakh for a policy period of 10 years. The No Claim Bonus on this policy is 5% each year and the policy has to be renewed on the 11th year. The insured contracts an illness and is hospitalized in the 11th year. He files for a claim worth Rs. 50,000 out of the total sum insured of Rs. 5, 00,000 in order to meet his medical expenses. In the event of such as low value claim, the NCB of that year is deducted from the total No Claim Bonus accrued over 10 years. Therefore, the insured is eligible for 50% NCB and after deducting the claim registered in a single year (5%), he can avail a NCB of 45% in the 11th year.