At the 2018 NDTV Auto Expo Awards, Global NCAP had made an announcement regarding the ‘Safer Choice’ awards that will be conferred to Indian cars that adhere to the highest levels of safety on the basis of NCAP ratings. The NCAP has been scoring the cars made in India in the past few years and most of them got scores between 0 and 4 stars. The car with the highest rating, i.e., the 5-star rating, will be the recipient of the ‘Safer Choice’ award. None of the mass market cars made in India have attained the 5-star rating at the global NCAP tests as of now. 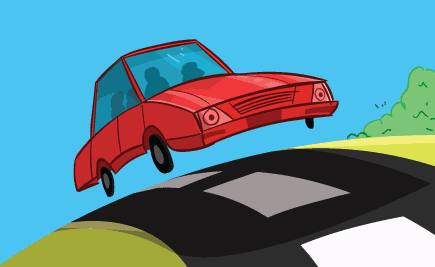 What Is The NCAP Safety Test?

Global NCAP is a UK based company that targets the promotion of public health and safety and consumer-oriented safety in vehicles. The organisation has designed several parameters to assess the safety quotient of cars. NCAP also conducts tests to verify the same. Some of the most popular tests from NCAP are the crash tests that evaluate the structural stability of a vehicle. The crash test also reviews the type of impact an average person would be subjected to at the time of a collision.

The comprehensive crash test scenario created for evaluating these parameters is a highlight of the programme. Cars from different countries are tested for safety at the ADAC facility in Germany.

The results of the NCAP test conducted recently has been all over the news. Some cars made in India have passed the tests, scoring up to 4 stars, indicating that Indian auto manufacturers have the capability and technology needed to produce super-safe cars within India.

Made-In-India Cars That Scored Big At The NCAP Test:

Some of the cars manufactured in India that received top scores at the NCAP tests are listed below for your reference:

The Toyota Etios Liva may well be one of the cheapest cars in India with the best safety features. Apart from the fact that it is the least-priced model from the stable of Toyota in the Indian automobile scene, it managed to score 4 stars in the NCAP safety test conducted at a global level. The car scored 4 stars in the measure for adult protection and 2 stars for child protection. It should be noted that the Liva has dual airbags as standard.

In the second NCAP test that Volkswagen Polo was subjected to, the vehicle recorded a 4-star rating. The hiccups that the car encountered in the initial tests were quickly addressed by the car manufacturer and the vehicle got dual airbags. The second NCAP test was taken after the addition of the airbags. The car scored 3 stars in the measure for child protection with 12.54 points out of 17. The interesting thing to note here is that the addition of airbags will not simply bring the score up. The body structure of the car should be stable and the vehicle should be able to withstand several types of forces.

The Volkswagen Vento has two star ratings for each variant of the car. The model without the Electronic Stability program (ESP) scored 4 stars while the one with ESP (1.2 TSi) received 5 stars at the ASEAN NCAP. It is known that the test parameters for the ASEAN NCAP ratings are slightly different from the global test. In the ASEAN NCAP test, the presence of ESP is mandated. Both variants of the car have scored 14.51 out of 16 in the measure of adult protection, indicating that both cars have strong and stable body structures.

The vehicle is monocoque, which implies that it has a structure in which the chassis is integral to the body. The Australian NCAP tested the vehicle and gave it a 4-star rating. The model tested was the AWD version. The tests included side and frontal impact crashes. The XUV scored 16 points out of 16 in the side impact test, while it got only 10 points out of 16 in the frontal offset test. The total score of the vehicle was 26 points, out of the maximum 37 points.

The Hyundai Creta is a highly successful car in the Indian SUV space. The car received a commendable rating of 4 stars at the Latin NCAP tests, scoring 15.57 points out of the total 17. The vehicle tested had dual airbags, similar to the Indian version. The Latin NCAP test revealed that the body shell of the vehicle is very stable and can handle extra loading.

Other Cars In India With Attractive Safety Features:

Following the interest garnered by the NCAP tests, several car manufacturers in India have started equipping their vehicles with the latest safety features. Some of these include:

The aforementioned cars are the safest you can get your hands on in 2018. In India, the safety regulations are not as strict as seen in the global markets. Crash tests are not usually conducted here as well. With the introduction of the safety guidelines from the government and the ‘Safer Choice’ awards from global NCAP, it is certain that car manufacturers will lay more focus on the security features of cars when creating their production models.