Recently, there has been increased focus on the safety features that cars manufactured in India come with. When the NCAP test results for many favourites in the Indian automobile market showed dismal figures in the past few years, car manufacturers across the country came up with improvements in the safety gear that they equip their models with. This explains the presence of airbags for passengers, perimeter alarms, ABS, dead pedal, and power windows in the latest car models. 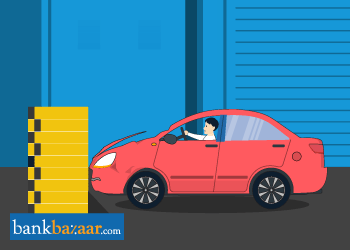 Global NCAP is a company registered in the UK that promotes public health and safety and lays a lot of focus on vehicle safety. The organisation conducts tests on vehicles based on certain parameters the company has framed. This way, they are able to reveal a safety quotient for each car in the market. The most popular tests among the ones conducted by NCAP are the crash tests. These assessments evaluate the structural stability of a car and assess the impact that would be borne by the driver at the time of a collision.

The most notable feature of this programme is the comprehensive crash test that simulates real-life scenarios. The programme tests cars from all around the world at a facility in Germany.

Overview Of The NCAP Tests:

The cars that are selected for the NCAP tests are usually the most basic variants of the models offered by auto manufacturers in the market today. The cars undergo 40% frontal collision at high speeds.

NCAP prepares results on the basis of the comprehensive tests that are carried out. The organisation will provide comments on the structural stability exhibited by the vehicle and adult and child occupant protection ratings. The areas that are more affected by a head-on collision will be highlighted as well. The overall safety of the car is represented by a star rating that the organisation provides to the model.

Indian roads contribute to thousands of accidental casualties every year, and one of the reasons for the same is undeniably the extent of safety features that cars made in India are equipped with. In the Indian automobile market, customer requirements are usually focussed on accessible and affordable mobility options. So, the focus on basic safety features such as airbags and structural stability had taken a back seat. But the recent media interest in the NCAP test ratings and the poor performance of Indian cars in the tests for the previous years have encouraged car manufacturers to come up with several safety features as outlined above.

The Indian government has taken a step in the right direction through the proposal for enforcement of strict crash test norms for cars manufactured in the country. The Bharat New Vehicle Safety Assessment Program (BNVSAP) is an automobile safety program for India that will assign star ratings to cars based on the safety tests conducted. The programme is expected to be implemented in phases. The plan includes the creation of labs and other ancillary facilities for the safety tests. The programme will be headed by the ministry of heavy industries and the ministry of road transport and highways (MoRTH).

The cars sold in India will have to comply with the star ratings that result from the crash tests. The programme is expected to make safety features such as airbags, seat belt reminders, and ABS the standard across all car models in the country. Gradually, there will be stringent norms in place for child protection and pedestrian protection gears in cars, along with body-shell integrity.

The tests proposed under BNVSAP are as follows:

Read More On: Made-In-India Cars That Passed The NCAP Test

The cars in India are likely to see a hike in price following the compliance of auto manufacturers to these norms. This is attributed to the fact that features like ABS, airbags, seat belt pre-tensioners, etc. would now be included under the basic features rather than the add-ons. With the implementation of the BNVSAP regulations, the roads in India are likely to be safer for the drivers and commuters alike.