Google is a well-known name in the world of technology. The US company is owned by Alphabet. Google was founded by Larry Page and Sergey Brin in the month of September 1998. Larry and Sergey now run Alphabet as the CEO and President of the company. While Alphabet owns Google, which is now run by Sundar Pichai, the CEO of Google.

In addition to being one of the search engine giants and also one of the biggest mobile device OS makers (Android), Google also has a line-up of its own smartphone devices. The not-so-old smartphone devices built by Google go by the brand name of ‘Pixel’. Google Pixel smartphones are some of the leading, top-notch, high-end Android devices. They are primarily known for their reliability, longevity, camera, and hardware.

The Google Smartphones are known for their following features:

Note: Prices mentioned above are as per the prices listed on www.flipkart.com as on 23 April 2020. 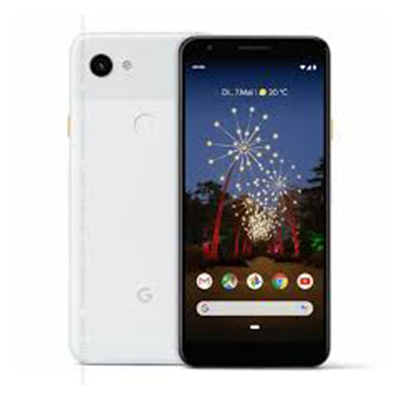 The Google Pixel 4 and Google Pixel 4 XL are the latest entrants in the Google Pixel line-up. However, these phones are not making their way to the Indian market. The main reason behind these phones not being launched in India is the presence of Soli radar inside the phones. This radar uses 60 GHz mm Wave frequency which is not permitted to be used by un-licenced civilians in the country.

In addition to these, there are some phones in the Google Pixel line-up which are rumoured to be releasing soon. These phones have not been confirmed by the phone makers officially. These phones are being listed below:

Google usually stops the production of the previous-gen Pixels with or before the launch of the latest ones. Thus, if you are looking for a Google Pixel, Pixel 2, or Pixel 2 XL, it is highly likely that you will not be able to get one. The phones are being sold through online channels only at this point in time. However, till the Pixel 2 and Pixel 2 XL, they were sold offline as well. If there are retailers around you who still have stocks of the old phones, you can buy it from them. However, it should be kept in mind that the phones are from the old lot with an old manufacturing date.

All the mobile phones in the Google Pixel line-up are claimed to have one of the best camera setups among smartphones. The cameras on the Google Pixel range of smartphones are mainly known for their real-tone colours, crisp images, and the ‘Night Mode’ photography tool. The Night Mode allows users to click brilliant, crisp, and sharp photographs in low light conditions.

Google Pixel smartphones receive a monthly security update patch. In addition to that, the phones are also one of the first phones to receive new Android OS updates.

Google has one of the best service provisions for their smartphone range. You can look for the nearest service centre and drop your phone there. Alternatively, you can also avail the free pick-up option for the service.

All you need to do is get in touch with the customer care and provide the details of your phone. After that the customer care executive will ask for your contact details and address. You will be required to book an appointment with the service centre to get your device picked up. On the date of the appointment, you will get a call from the executive confirming the pickup and it will be collected from the communication address that you have provided earlier. Once you hand over the phone, the executive will check the phone thoroughly for physical damages and click photos and a 360-degree video of the device. After this the device will be submitted and transported to the nearest diagnosis centre. Here the device will be diagnosed for the problems and an intimation will be provided to you stating the problems with the device and the estimated cost of repair. If you agree to the terms, you can directly make the payment after which the phone will be sent to the service bay for the servicing. All these steps are done online and are completely secure. In general, the service centre takes about 5 to 7 business days to fix the phone. However, the time requirement will be dependent on the type of problem and availability of spare parts for the phone.